How To Turn Your Home Security Into A Santa Cam 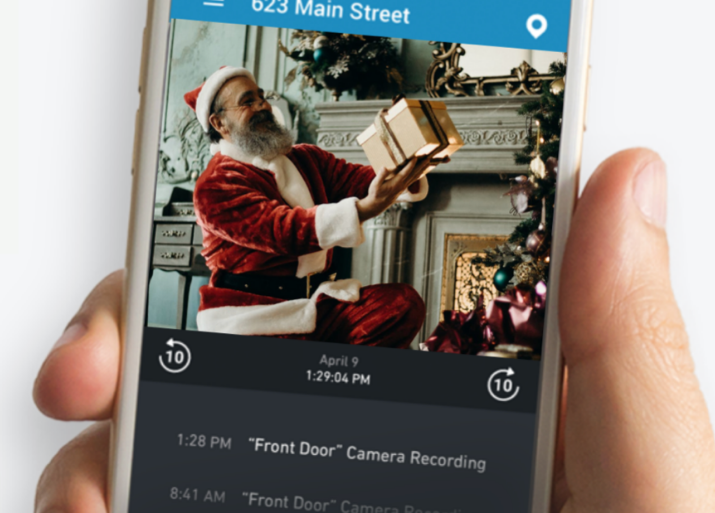 For those of you with children, you know all about the excitement this time of year brings with the eager anticipation of Santa to visit your home and spread some festive cheer. In the run-up to Christmas, there’s a fun and ingenious way to bring technology into your preparations. Will you use it as a reminder to your youngsters that Santa is still watching and seeing if they’ve made the nice list and not the naughty one? Or will you enlist the help of your children to try and ‘catch’ Santa in the act during the night?

Setting the scene for a Santa cam

Start by introducing SimpliCam to your family and explain how it doubles up around Christmas. Maybe you could sit down together and devise a master plan on how you’re going to catch him in the act, without anyone staying up late. Will you leave flour or sugar by the fireplace to ‘catch’ his footprints? Or will your SimpliCam simply record Saint Nick doing his annual drop off? Santa is magic, so it’ll be hard to catch a glimpse of him ;)

Maybe Santa has a magic key for the front door or comes down the chimney, but wherever he gets in, just make sure your Santa cams are placed nearby to capture him. Or perhaps you have a good old mince pie and sherry by the fireplace all ready for him. In that case all you’ll need is a camera in the living room.

When it comes to Christmas Eve, our cameras could capture him carefully placing all the presents under the tree, ready for you and your family to watch back on. With the incredible imagination of children, a small sprinkle of magic will be more than enough to get them excited.

Then on Christmas morning, the family can eagerly look back through the home security camera to see whether you’ve caught Santa or not.

Sharing your shots of Santa

As our clever security cameras work with mobiles and tablets - when viewing footage back, or even live footage, you can screenshot images for when you’ve perfectly captured Santa in the act.