What to do after a burglary 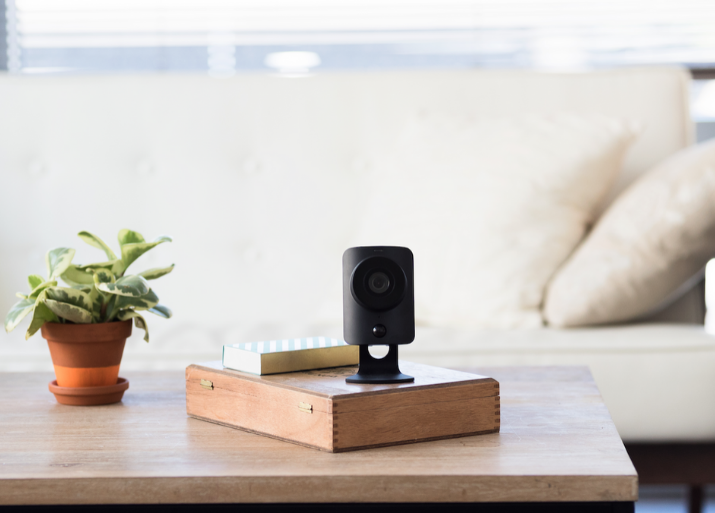 What to do after a burglary

Discovering you have been burgled can be a real shock to the system. We all know that it’s a threat, but no one ever believes it will happen to them. With statistics revealing that over 267 thousand burglaries took place across England and Wales between 2020 and 2021, it’s important to know exactly what you should do in the unfortunate event that a burglary does happen.

Before you do anything else, try to stay calm and suppress any emotions you may be feeling. It’s completely natural to feel scared, angry and anxious, but dealing with the aftermath correctly will make the future a lot smoother. Try to keep a clear head if you can and when you feel able to, take the following actions.

With the SimpliSafe monitoring plan

With a SimpliSafe home security system, we aim to provide that peace of mind, adding an extra layer of protection with one of our 24/7 professional monitoring.

When signed up to our Pro Premium plan, in an alarm event our professional monitoring centre will be able to visually confirm an incident via your SimpliCam and from there they can request for police or fire service to be dispatched to your home. Here’s a quick run-through on how it works:

If you decide not to sign up to a professional monitoring plan, instead opting for a traditional alarm system, take the following steps:

If you come home to discover a break in, the first thing you should do is call the police. Reporting the crime as soon as possible is important, but how you call the police depends entirely on the circumstances. If you think there is a possibility that someone is still in the house, then you should NOT enter and call the emergency 999 line from a mobile phone or a neighbour’s house. If there are officers available, they will attend to you straight away.

If you are sure that the burglars have left your home and you aren’t in any immediate danger, then call the non-emergency police number 101. Calling 101 doesn’t mean that your situation is unimportant, it just helps with the reallocation of important police resources.

2. Don’t touch or move anything

Once the police have been called, it is important that you don’t touch or move anything in your home. While it can be upsetting to see your possessions scattered or broken, the police officers will want to see your home as it was left by the burglars. They may want to take forensic evidence, such as footprints of fingerprints, and you need to keep the crime scene as untainted as possible.

3. Provide help where you can

If you have a home security system, now is the time to access it to see if any video footage of the burglary was recorded. Any little bit can help, so don’t be afraid to hand footage over if you think it may have captured something.

If you don’t have a system, you could try asking neighbours or other people on your street for help. They may have seen something themselves, or if they may have captured vital footage on their own home security cameras.

Be sure to tell the police about anything at all that may increase the chances of them finding who was responsible for the burglary, such as DNA markings and any active tracking on stolen devices.

As the homeowners, the police will take a witness statement from you. They will go over what happened and what was stolen. Be as detailed as you possibly can - nothing is too small - as this statement may be used in court should your case get that far.

Once the police have finished at your home, you will be given a crime reference number and a number where you can get updates. This will be needed for you to keep track of your case and if you wish to make an insurance claim. Your case should then be handed to the police’s burglary unit. The police will keep you updated on any major developments in your case, such as if someone is charged, if your items are located, or if the case is dropped due to lack of evidence.

Once the police have finished in your home, you will need to document things for yourself. Go through each of the affected rooms, take photos and write another list of everything that was stolen, and if anything was damaged. You will need to submit this information if you wish to make a claim on your home insurance.

If you are making a claim, call the claims number from your home insurance provider as soon as possible. You will be asked to explain what happened, give them the crime reference number and pass on any evidence. You also may be asked to prove that you own certain items that you claim to, along with confirmation of their value. This evidence might include bank statements or receipts.

For specialist items that can’t be replaced by insurers, such as your driving licence or passport, you will need to deal with the relevant government departments separately. Simply report them as stolen and follow the steps to get a replacement. Stolen debit and credit cards should be reported to your bank as soon as possible so they can block them, deal with any fraudulent transactions and issue replacements. For mobile phones, report it to your network. Consider whether you have any important passwords saved on a stolen device, being sure to change these as soon as possible.

If your house keys have been stolen, you should arrange to have your locks changed as soon as possible. For missing car keys, car garages can reprogram electronic locks to respond to a new code. Many people feel more reassured if they do this anyway.

6. Receiving emotional support after a burglary

It’s completely normal to feel distressed, anxious or experience other negative feelings after a burglary. After all, your safe space has been invaded. Even if very little was stolen, you’re allowed to feel like you have been violated. Don’t be afraid to discuss your feelings with someone close to you, or if you feel like you need additional help, contact Victim Support.

Should you move after a burglary?

If you’ve previously been targeted by a burglary, and the burglar hasn’t been caught, they could strike again. They will have a good understanding of your home’s layout, the people who reside there, and the best places to make a quick entrance or an exit.

To prevent a future break-in, equip your home - particularly rooms that contain valuables - with a security system including cameras, Motion Sensors and Entry Sensors to instantly alert our professional monitoring centre to a break-in. With a SimpliSafe 24/7 professional monitoring plan, security experts will be able to confirm whether there is an attempted burglary by checking the SimpliCam. If an emergency is confirmed, they will contact the police.

If you’re still feeling shaken up after a break-in, you could temporarily live with friends or family, or see if they can stay with you. After following the previous steps to secure your home, it may help to eradicate the worry of moving back in.

Remember that an empty house could present the perfect opportunity for a break-in, so in these instances, you should be particularly careful to secure your home.

As well as ensuring that your home is equipped with a security system, you should scout around the house before going on holiday to make sure that there are no valuables on display. These could lure a burglar in, so remove any items from plain view and instead move them to a secure location, such as a safe.

You could create the impression that there are people inside the home, even when you’re not there. Under no circumstances should you leave a key under the doormat - as this is one of the most obvious hiding places. Instead, you could provide a trusted neighbour with your spare key and their own custom pin for the SimpliSafe Keypad, so you would know when they come and go from your home. Providing your neighbours with access to your home will allow them to open and close your curtains, or put your bins out to give the impression that someone is still at home - which will be a massive crime deterrent.

When protecting your home whilst on holiday, always be careful with how much you’re sharing on social media. You should be wary of every single one of your followers, and you don’t want to make it obvious that you won’t be in the house for a period of time. Home security should always form part of your going on holiday checklist.

Finally, triple check that you have locked all possible entrances to your home - this includes windows, even if they’re not on the ground floor - to guarantee that a burglar won’t be able to sneak in. When it comes to preventing a burglary, you can never be too careful.

As mentioned, you will also have extra peace of mind knowing that the professional monitoring centre will respond to an incident when you’re not home.

Dealing with the aftermath of a burglary isn’t easy. In fact, it can be pretty tempting to bury your head in the sand, but it’s important that you try to deal with things as quickly as possible. The sooner you speak to the relevant authorities, the sooner things will be dealt with and the more likely it is that your stolen property could be recovered.